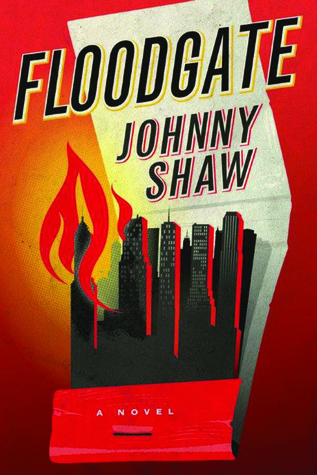 When I saw this book I did not even take a minute to read the blurb. I just knew if Johnny Shaw wrote it that it would be mine! I did go into it expecting some of his previous works. Johnny Shaw then laughed; and then kicked my ass, because this book is nothing like his previous books that I’ve read.Dove Season, Big Maria and Plaster City are some of my favorite books ever. They feature interesting characters that are a tad bit on the rednecky side.

Then I start this book and I whined. I admit that at first I hated this sucker. I kept reading.

Andy Destra is a cop that got kicked off the force for trying to be honest. In a town full of bad guys that just couldn’t fly. He just can’t stop digging though and it will end him up dead.

Auction City is a crime riddled place and it wants to stay that way. Then Andy stirs up a hornet’s nest and a gang war is coming.

Andy finds out that he may have to straddle the fence between what he feels is wrong and right. Family ties pull at him and Auction City’s sordid past comes to life all over again.
“You’re looking for good guys and bad guys. We’re the effective guys. If there’s a problem, Floodgate has the power to fix it. .

I hate to be so vague about the book but dammit I want people to read this. To me it mixed in shades of the movie Sin Citywith old time Noir. Then threw in some characters that I couldn’t look away from. Including a six foot bald, black woman that you would not want to get on the wrong side of.
The projectile rolled near Andy’s feet. A can of soup. The woman had weaponized Campbell’s Cream of Mushroom. Take that, Andy Warhol.

Several women in this book are the toughest characters.

In the movies the heroes won. In movies there were such things as heroes. Movies were full of shit.

For someone who hated this book in the beginning I had to eat my words. Now I can’t get this book out of my head. Damn you Johnny Shaw.